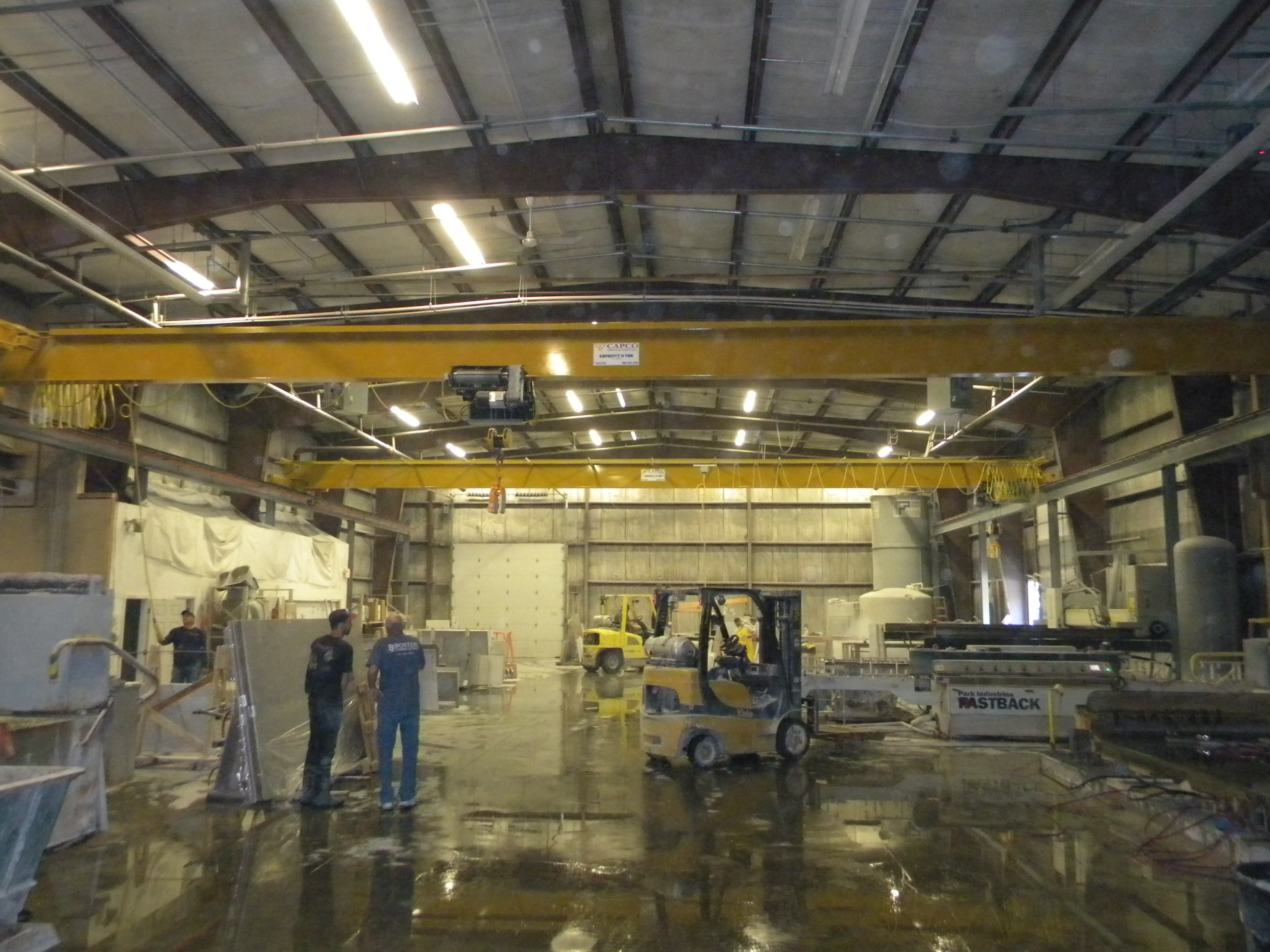 Capco Crane, Rowley, MA, is proud to announce the completion of another Turnkey project. This time it is for a large granite fabricator in Eastern Massachusetts.

Over the past twenty-three plus year; Capco Crane & Hoist Inc. has built many sophisticated, large capacity cranes for varied industries as a leading supplier of bridge cranes in the Northeast. However; they never stray too far from their core customers which are the smaller to mid-size, family Operated fabrication shops all over New England and beyond.

Case in point: The customer in need was a large custom granite fabricator in EMASS and, like many other smaller fabricators; space was severely limited for this company.

In steps the Capco Crane design and engineering team dreamed up a winning bid, of great quality, maximum hook coverage and a very Competitive price. The quality and the price always go hand-in-hand with Capco, because Capco is a turnkey shop. With all the trades under one roof.

Capco Crane & Hoist can design, build, install, and service bridge cranes as well and as competitive as any other crane company in the large New England area. In fact, Capco Crane is the only CMAA member company in the NE area.

Choose Capco for YOUR next bridge crane project. When you demand high quality, great hook coverage, and faster lead times; then you cannot make a better choice than Capco Crane and Hoist, Inc.!

Capco Crane and Hoist, Inc. (Rowley, MA) has been a premier electric overhead bridge crane manufacturer/service provider in the New England region since the mid-1990s. For more information about Capco’s facilities and services contact David Caputo (Sales Manager) at 58 Forest Ridge Drive, Rowley, MA 01969, toll free at 800-422-7261, fax at 978-948-2294, or visit their web site at www.capcocrane.com.